I’m sitting here in my kitchen after a whirlwind trip to Paris for Europeana Tech 2015. I’m making vegie stock, drinking a glass of delicious oatmeal stout, and finally realizing I like to cook to relax. I took the Eurostar for the first time, and bought some stinky cheese from the station on the way back.

It was a great few days, Paris was gorgeous, it was nice to meet some new folks and see some old friends, and I think the talk went well. I’ll be curious to compare the video with my notes. Perhaps one day I’ll try reading directly from notes like the old days, but this was not that. I did like the quick lecture from Jonas Öberg though, where he just spoke to us.

The main thrust of my speech centered around an appropriation of Kevin Lynch’s brilliant The Image of the City. I likened the giant metadata clearinghouses that exist online today with the odd huge ghost cities in China and now Angola, and how, if we adopt the techniques of designing the clues, keys and paths we are so familiar with in our cities to the data landscape — particularly in the cultural heritage realm — we might start to escape the tyranny of the search box. Google is great for searching everywhere for anything, but that’s not what you’re doing when you come to a museum.

Anyway, here are my slides from Friday:

And if you’d like to read it as slides with notes, you can download this 80MB whopper PDF.

Some personal highlights for me were: 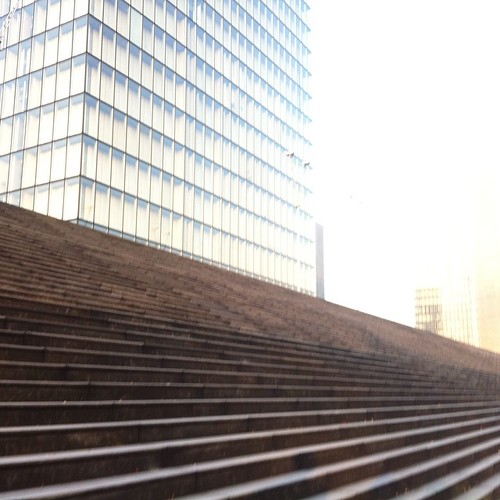 The meeting was held at the Bibliothèque nationale de France, which proved to be an interestingly inaccessible building. Lots of us were disoriented inside, even after a day, doors were hidden with flat facades, push then pull to get through two doors, literally scale-mail walls, security turnstiles to enter the stacks… it was all there. An interesting counterpoint that I now wish I’d tried to incorporate into the talk, but, oh well.

It’s an interesting time for this group. There’s so much work going on trying to help the computers understand the wily, complicated humans that describe our heritage. It’s SO COMPLICATED because nobody ever describes things in the same way. Well, they probably never will.

A heady combination of 3D printing, connected objects, interaction design, and fun, Museum in a Box, is an edtech startup helping museums get their objects out of the dark and back into people's hands. Incorporated October 2015.

We made a book!

You might like to read If Only The Grimms Had Known Alice, a beautifully illustrated book of fairy tales rewritten to include female characters. Launched December 1, 2014.

Good, Form & Spectacle is a design company focussed on cultural heritage projects. We're always on the lookout for interesting projects with museums, libraries, archives, and artists. It's easy to say hello!

Mostly Blogging In The...